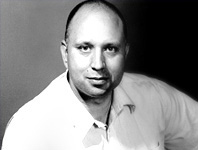 Sven Hartung works as a producer, author and director of TV series, documentaries, reports and image films for various broadcasting stations and companies in Germany and abroad since 1991.

1986 he went on air as freelance radio journalist and anchorman for Radio 107 and Radio Hamburg.

In 1991, he became responsible for the production of church related, religious, ethical productions and features for RTL, Sat 1, VOX, ARTE, ARD and ZDF as chief editor of the Evangelisches Fernsehen (efs).

In 1995 he founded his own production firm EYE FOR YOU Film und TV Production GmbH in Hamburg.

From 1999 until 2002 he was head of production for the market-listed Swiss company DISTEFORA. His work there included the production of analyst films, the development of innovative content models based on new technologies and the design of multimedia exhibition presentations (e.g. for CEBIT, NAB etc.). He also managed the acquisition of new content producers for the company.

Since 2002 Sven Hartung is responsible for the productions of MIRAMEDIA GmbH as managing director and producer. He continues to advise national and international companies, such as STAGE ENTERTAINMENT, on their multimedia/cross media strategies and content management.